God’s Heart For The Nations

God’s Heart For The Nations

Feel free to listen to the audio version of the blog post.

The history books could have been rewritten in 1271 when Italian travelling merchants Niccolo and Matteo (Maffeo) Polo (the father and uncle of Marco Polo) were visiting the Kubla Khan. At that time, Kubla Khan ruled all China, India and the East. He was attracted to the story of Christianity as Niccolo and Matteo told it to him. He said to them, “You shall go to your high priest and tell him on my behalf to send me a hundred men skilled in your religion and I shall be baptized, and when I am baptized all my barons and great men will be baptized and their subjects will receive baptism too, and so there will be more Christians here than there are in your parts.” Nothing happened for about 30 years. Then two or three missionaries were sent—too few, and too late. It baffles the imagination to think what a difference to the world it would have made if in the thirteenth century China, India and the East had become devoted followers of Jesus Christ (Robert Strand—365 Fascinating Facts About Jesus).

The Lord created man and woman for the purpose of relationship—with Him and with each other. In the beginning He reached out and breathed life into us so we would have relationship with Him. Many years have passed and God’s heart has not changed.

God wanted to reach out through Abraham.

Listen to God’s heart for missions as reflected in Genesis 12:3 where He promised Abram (later called Abraham), “All peoples on earth will be blessed through you.” More than 1,800 years BC the Lord revealed His heart for missions to Abraham. Many Christians believe that Gentiles or non-Jews are God’s Plan B. They conclude that God has abandoned His plans for the Jewish people, focusing now on other people groups. As I read the Bible, I see the Lord still has plans for the Jew—not yet fulfilled. The Lord values both Jews and Gentiles. We are one unified body through Jesus Christ (Ephesians 2:11-18).

Abraham enjoyed prosperity and a long life in a way that established him as a model citizen of his day. God’s vision was larger than one man. God blessed Abraham not so he could simply enjoy it all for himself, but also so He could pass it on to all the nations of the earth. 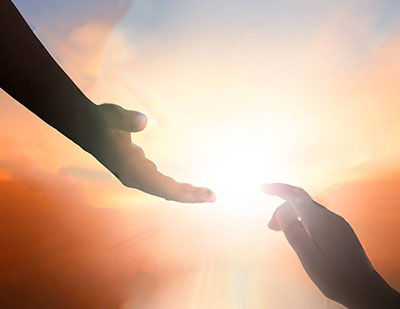 God wanted to reach out through Jerusalem.

Listen to God’s heart for the nations in Acts 11:19-24 where followers of Jesus were scattered by persecution. In Acts 2, the Holy Spirit was poured out on the Day of Pentecost and the church was born in Jerusalem. The people enjoyed a mighty move of the Spirit amid peace and tolerance. A wave of euphoria swept over the followers of Jesus as they basked in God’s presence.

Jerusalem had the resources to plant many, many churches. They had the power of the Holy Spirit and outstanding leaders to turn the Roman Empire on its ear. Jesus had made it clear that He was sent by the Father and He was sending His disciples (John 20:21). I get the feeling, though, that the church in Jerusalem was gradually becoming inwardly focused on self, rather than reaching out. God had to shake them up!

Ironically, the church is typically the strongest and most vibrant in the face of opposition; and becomes the weakest and most apathetic during peace and prosperity.

How has the Lord changed your life? What responsibilities do you think come with these tremendous privileges?

God wanted to reach out through Antioch.

Another significant church was established in Antioch in Acts 11:25-27. Listen to God’s heart for missions in Acts 13:1-5 when the church in Antioch sent out Barnabas and Saul (later known as Paul). God called the church in Antioch to send people out intentionally. He didn’t want a church that was satisfied with enjoying God’s presence, but neglecting to reach out and establish new churches. Early in the congregation’s life the Lord spoke to them and directed them to send out key leaders to establish other works around the Roman Empire. What Jerusalem did passively, Antioch did purposefully.

The Lord is calling us to be like the church in Antioch. It is so tempting to try and stay in our comfort zones as individuals, families and churches. If we grow too comfortable, God will shake us up and move us out of our comfort zones.

God wants to reach out through us.